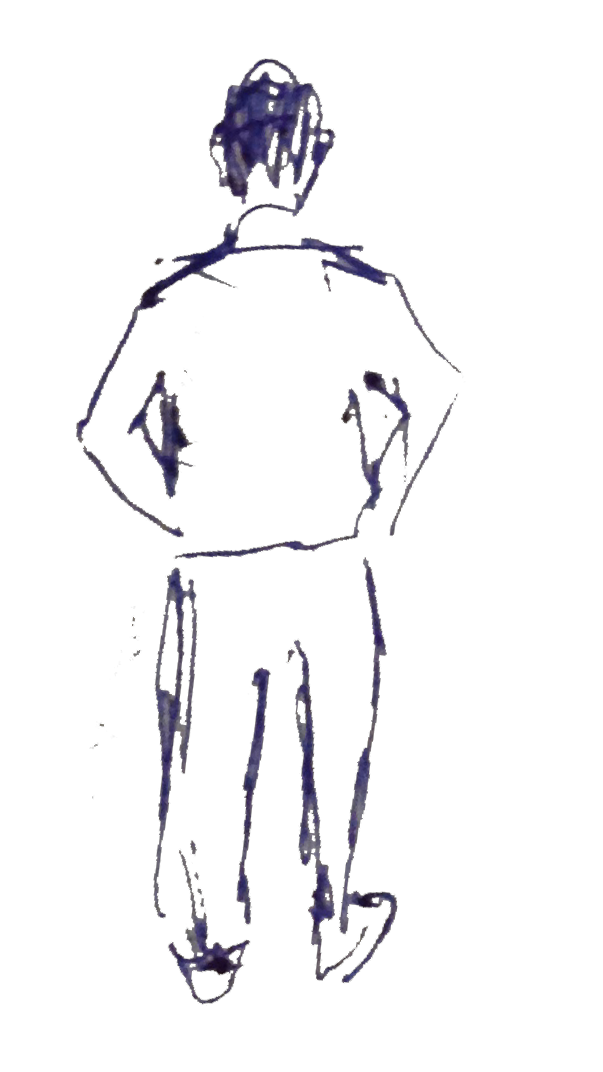 A man with a newspaper tucked under one arm picks up a large cappuccino to go, extra cinnamon. Hot drink in hand, he picks up a lid from the stack on the counter. Instead of one, two come off the top of the stack and he tries to separate them, one-handedly. The fingers of his left hand – the right still clutches the steaming cappuccino, extra cinnamon – contort in an effort to wrench the two plastic rounds apart but they cling to each other. He brings them up to his teeth. It would be much easier if we had three hands. Just as his mouth opens and he prepares to bite one lid apart from the other, he remembers he's in a public coffee shop and people are watching. He can't put his mouth to a lid and then simply replace it. His left hand goes back to its work, and soon his eyes widen as one finger slips between the lids and it seesms like, at long last, he will be able to take his coffee and go. With triumph, he separates the lid in a single flicking motion, grabs the top lid and then –
a sharp intake of breath.

The other lid tumbles to the floor and his entire body contorts to catch it, the right hand bearing the cappuccino thrusting upwards so as not to spill the hot drink. The lid hits the floor. The other lid lies a crumped pile of plastic in his left hand. He rights himself, takes a gulp of his still-steaming cappuccino, and walks away without a lid.