We sat in the kitchen. We sat in the kitchen eating bread that Charlie Emers had baked for us. It was late and it was dark and some folk were in bed already, but we put the bread in the toaster oven and scraped the jar of peanut butter and smeared what was left onto the slices that we stuffed in our mouth. I looked at the clock and noticed that it was late, but that didn’t stop me opening another beer.
“Ok, stop me eating any more bread’” said Rosa. She took another bite. “No, seriously, don’t let me eat more or I’ll be sick!”
Jonny hit the bread out of her hand, and took another sip of beer. He smiled and drained the last drop, opening another without waiting.
“It’s a nice night out,”
“Sure, lots of stars,”
“Lots of stars,” I agreed.
We looked out the window, but the kitchen lights were too bright to see the stars without also seeing ourselves reflected back. Outside, we could see four young folk sitting with elbows on the kitchen counter, beers drifting between hands. We could see the smudge of peanut butter on Rosa’s lower lip and the curls of Isaiah’s hair bounce when he laughed. I could stare into myself and Jonny and Rosa and Isaiah could stare into themselves and then they would stop moving. But it was only me who was still, and Jonny was winding himself up for another punchline.
“Big ballz. With a zee!” He almost fell over forward melting into the kitchen counter outside as Jonny inside slapped the wood with the palm of his hand.
“Zzzzzzzzzzzzzz,”
“It’s a nice night out,” Isaiah agreed.
“Sure, lots of stars,” I agreed.
“Sure, good night for a paddle,”
“Great night for a paddle,” Jonny nodded, licking his lips clean of beer.
“Paddle under the stars?” Rosa wiped her lips too. We got up to join ourselves outside only to find we had been there all along.

The path to the dock was full of sharp rocks and stones that snuck up on you when you weren’t expecting it. My feet were cut and calloused and I didn’t mind; it was a good night for a paddle. Lots of stars.
“The beer, the beer! How could we forget the beer?” Jonny threw his hands up, sloshing his drink down his back.
“We’ll have to go back for it,”
“And a towel,” I said.
“And a towel.”
Callouses and cuts from stones and rocks on the way back too, but beer in hand and towels around necks we closed the screen door again.
“Wow, the sky…”
“Sure,” said Jonny, “sure is, huh.”
Rosa and I in one canoe and Jonny and Isaiah in another and the blanket over the lake that was velvet sparkles like my mother’s dress that I spilled wine down the front of and we all paddled out into the lake. I opened another beer.
“Think of Dylan James,” Jonny took a sip and continued: “you know the fella. Big man, big beard, always whistling. Country tunes, but not American – Scottish, you know? – but American too sometimes. Great volume, not much tune. Yeah? Okay, so think of Dylan James but imagine he’s younger. Must have been a looker. Don’t you think? I mean, his eyes for one thing.”
“Sure,” we agreed, he does have amazing eyes. Almost starry.
“Okay, so now think of Dylan James but younger so he’s kind of hot. Would you?”
We tied the canoes together in the middle so we wouldn’t drift apart and lose ourselves or each other. We bunched the towels under our heads and lay with our feet hanging over the edge of the canoe so if I looked up and back enough I could see Isaiah’s hair at the very edge of my vision. Rosa kicked her boots off and dipped her toe in the water, drawing circles under the stars and messing up the patterns they were making in the lake. Stars that had never moved in 100s of 1000s of years were touching and dancing and stroking each other.
“Sure, I don’t see why not.”
It was summer and it was hot, even late as it was, and the velvet sky had fallen into the lake and it must have been real soft. I pulled my dress over my head and rolled in.
With the moon on full beam my arms and legs were milky in front of me, as long as I was inside the water. The paths through the surface from my movement were mixing with my hair floating above me and drawing rings around the stars. I kicked and broke the picture I’d just made.
“Might have been a regular George Clooney,” Rosa was saying.
“Water nice?”
“Lovely.”
Isaiah nodded and held out a towel. And it was lovely. I was bathed in the starlight and the lake and I slipped my dress over my head again and that was lovely too in a warming familiar way. And I reached for another beer and Jonny was winding himself up again, and Rosa’s foot was still circling, slowly. And we were reaching and winding and circling and it was a great night for a paddle with lots of stars and the water was lovely and who knows, maybe Dylan James was attractive when he was younger and maybe we all would have wanted him and Isaiah announced that he was going in too. I was wondering into what but I couldn’t finish wondering because the beer I was reaching for was getting further away and then it was spinning and we were all rolling in, two from each canoe. Grab a paddle. Kick off boots. Find surface. Breathe, and back under.

We leaned on the canoes, capsized. The lake was large, and we caught our breath in the middle as we figured out what to do. I held up my paddle. It was the only one. 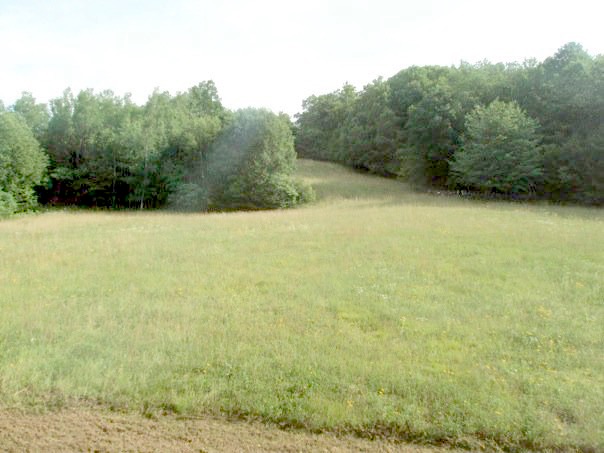